Wellcome interested folks we started this project in 2018 and we will keep you update.
This ist the story how it all Started.

We became infected with the Zombicide Virus wen we played it at a Friends place in 2017 he was asking us for Months to come. At this Time we were doing this Hobby (Warhammer) for some Years but not playing just painting. Steve was doing Terrain building for some Time he mad a big Tower out of Warhammer Terrain parts. I was just painting Minis i d like.

After we played at our Friends place between Christmas and New Year we wet over the Holidays to buy our first Zombicide the only one we found in the Stores was Zombicide Rue Morgue. This was the beginning, we painted as fast as we could all the Minis. Because real Tabletoper dont play with unpainted Minis.
We did not like it as much as the Medieval Game. So i bought Greenhorde the idea of doing a 3d Game came very fast and after painting all the Minis we started with the Terrain.
We decided to make the Tiles bigger 32x32cm and the Doors stay with some Magnets in place.
We started to do our own stencils and copied the pieces we needed. 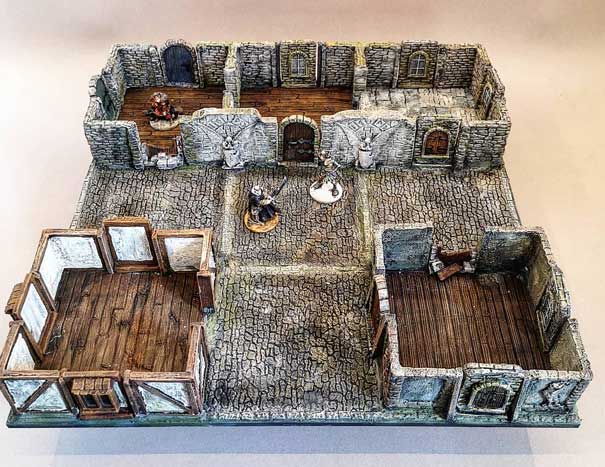 All the Hauses and Streets looked nice but very empty. We bought lots decoration stuff. 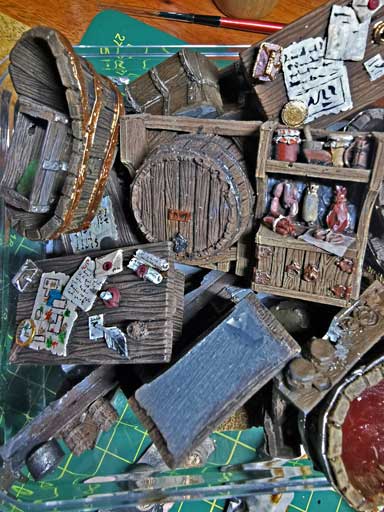 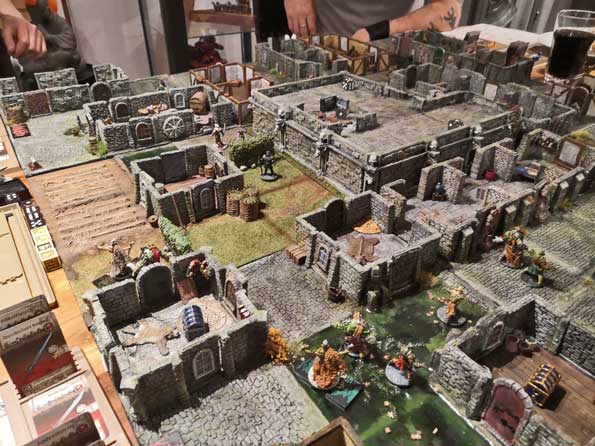 It was great.
​But we had a new Problem we needed a good Place to store everything. So we decidet to make a Chest for it. 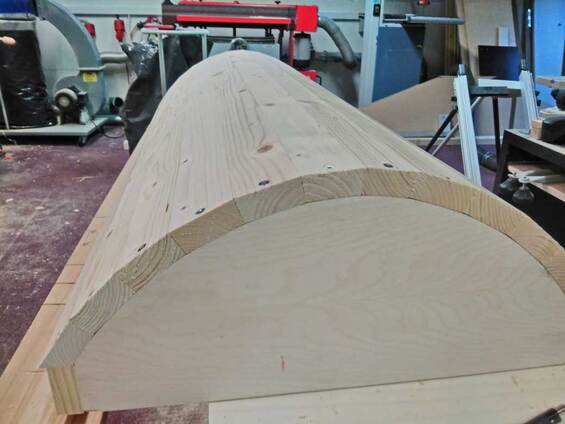 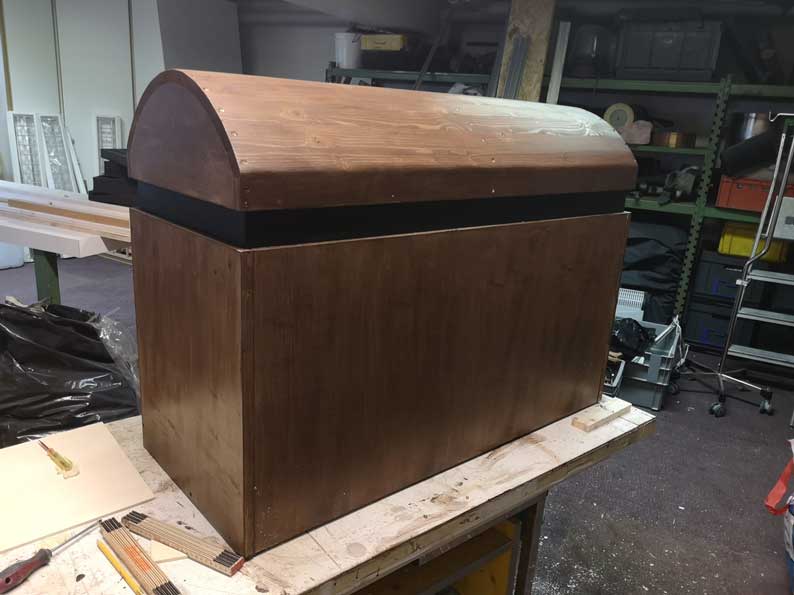 and it needed also some Decoration.... 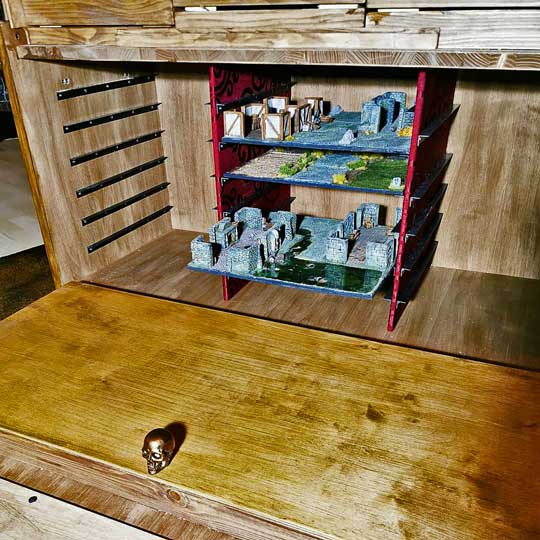 It is time to fill it
As you saw it in the video we also made the towers from Wulfsburg. i show you some more of it. 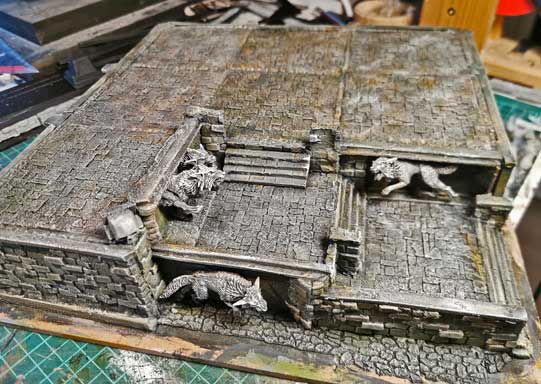 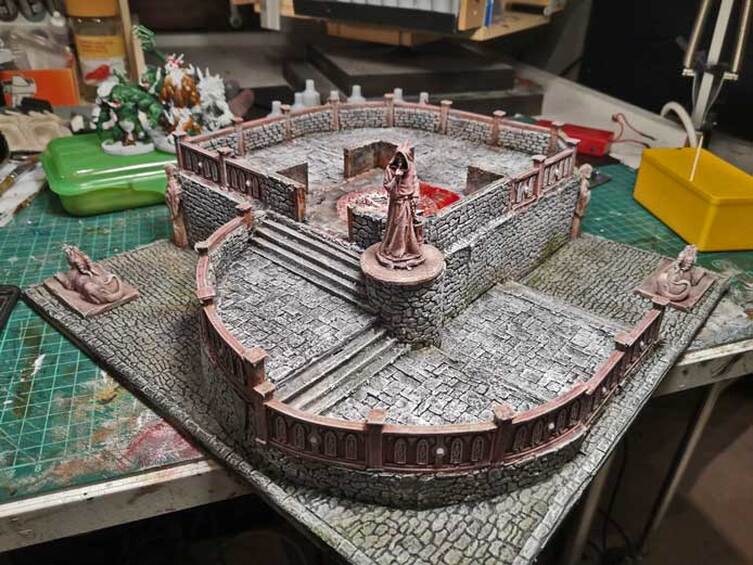 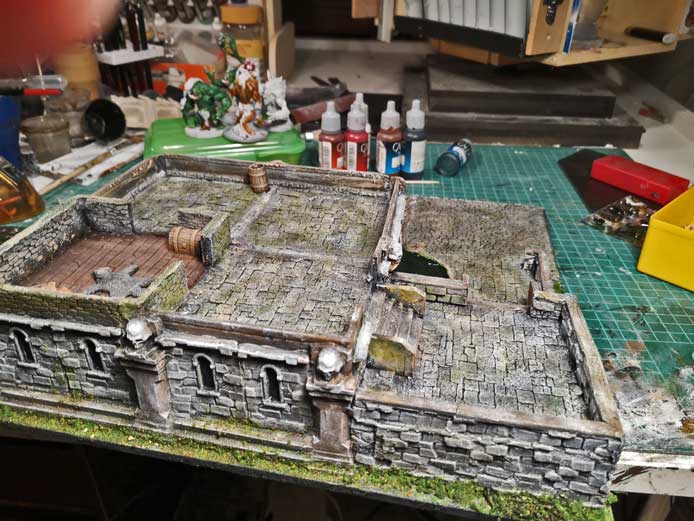 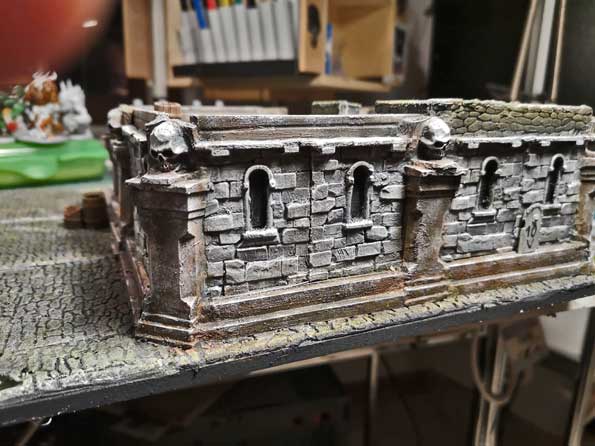 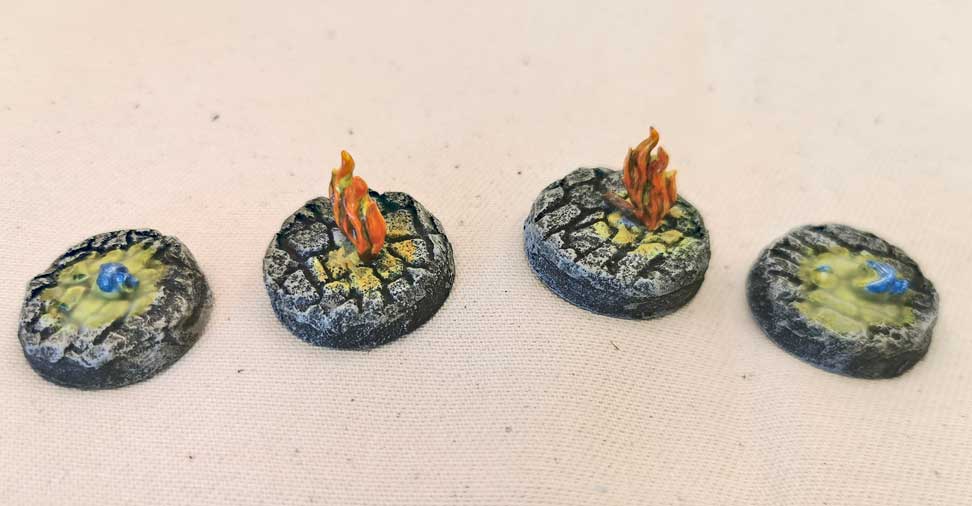 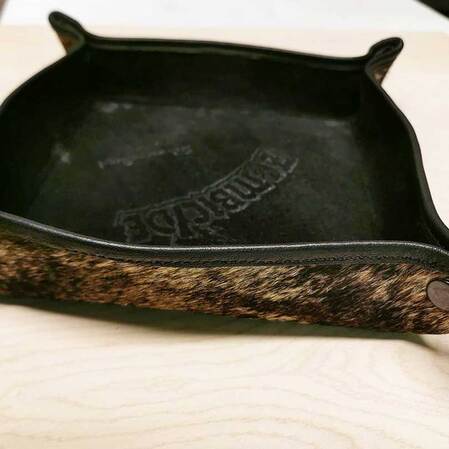 Trees and a Bridge 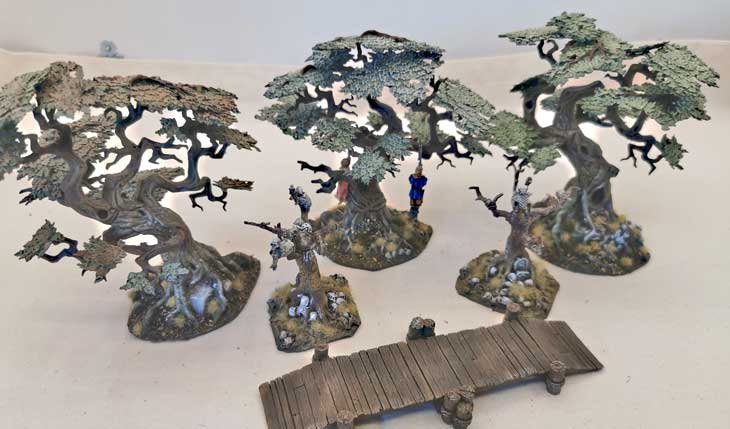 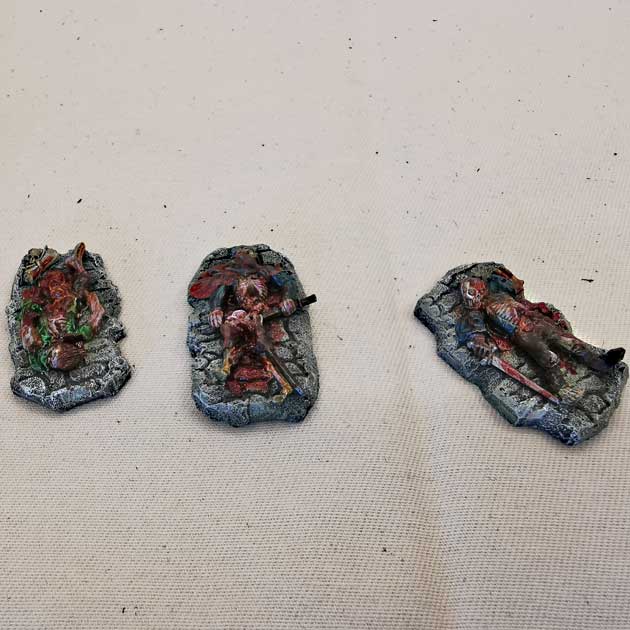 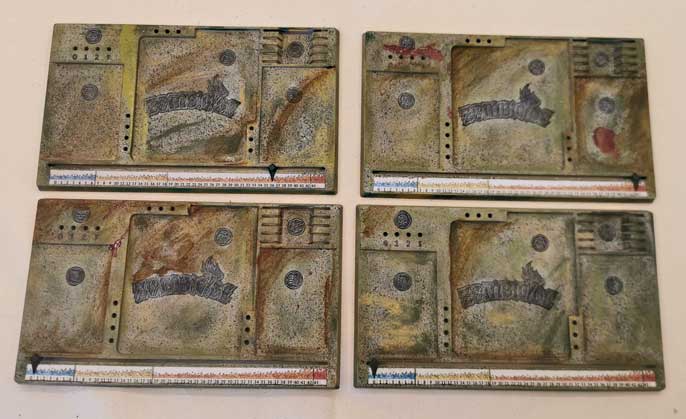 After some time of palying it is time to solve some Problems. Keeping the Door with a Magnet in place was not the best idea. So we started with a new solution...

We are going to reemake all the old Tiles soon. There are some of the new ones...

Here some photos of us Playing 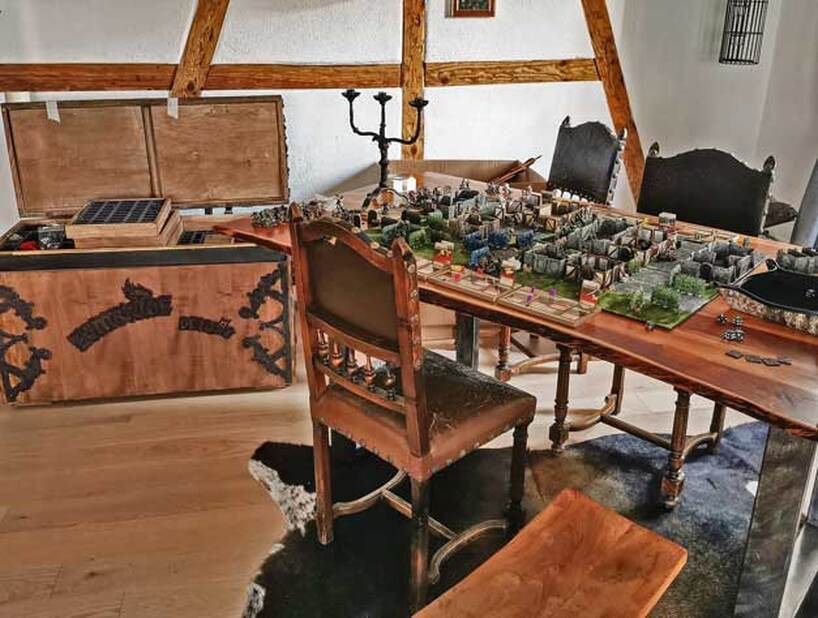 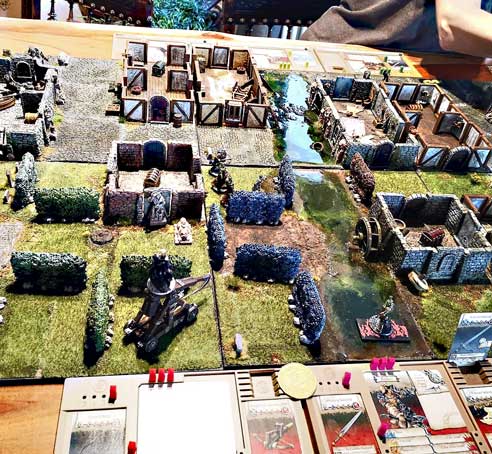 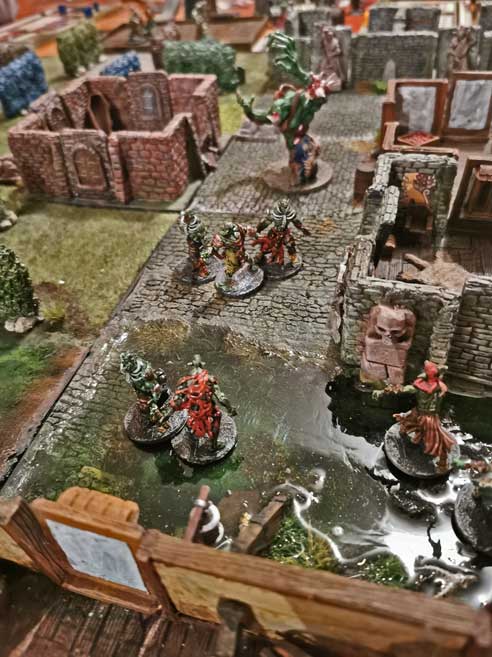 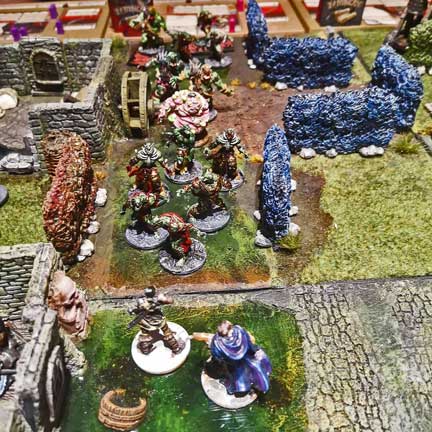 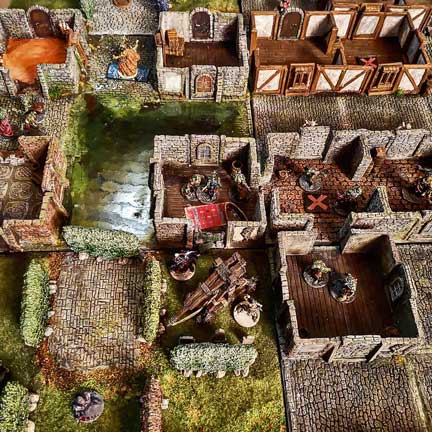 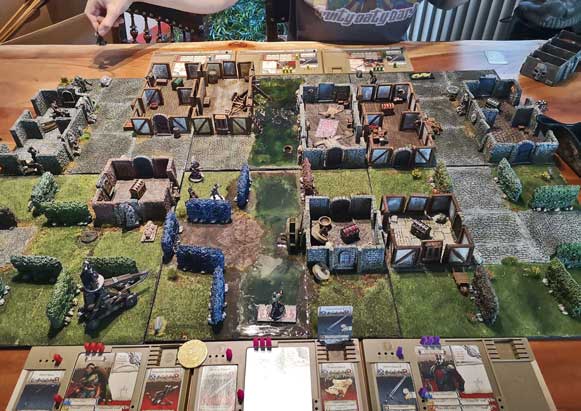 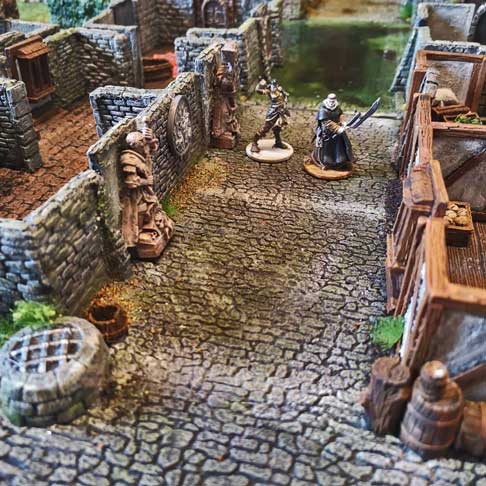 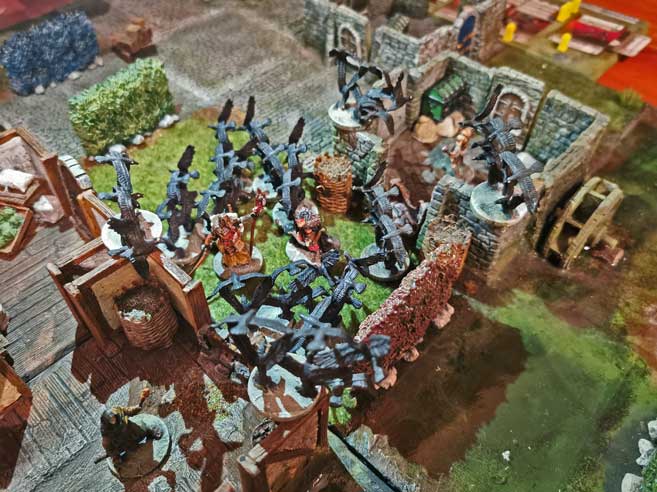